50 years ago  motorsport had been around for almost 70 years, admittedly not as we know it today!

From the early dawn race cars had advanced to a stage that in 1966 cars would reach speeds of over 200mph in the Le Mans 24 hours race. The safety of the cars was yet to make such advances, and although they were greatly improved from the early days, the driver’s safety was very much an afterthought.

The biggest sportscar race of 1966 was the Le Mans 24 hours. This race saw the Ford Motor Company take it’s first win and in a controversial staged finish the Ford GT40 finished first, second and third. Bruce McLaren and Chris Amon taking first position in Car No.2 closely followed by Car No.1 driven by Hulme and Miles. 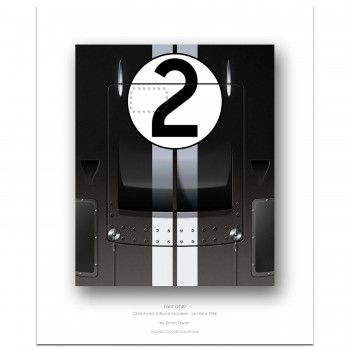 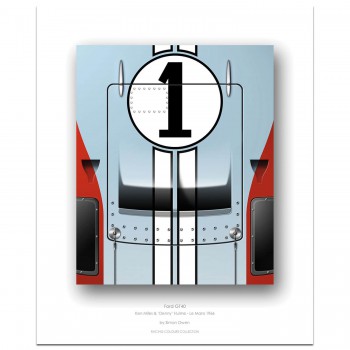 The Le Mans 24 hours cars that finished first [above left] and second [above right] are featured in motorsport artworks by the late Simon Owen. 30 of his Racing Colours Collection can be viewed at Historic Car Art.

This race is a favourite amongst motorsport artists; Frederic Dams, Joel Clark and Graham Bosworth all depict the winning Ford GT40 in their motorsport art. 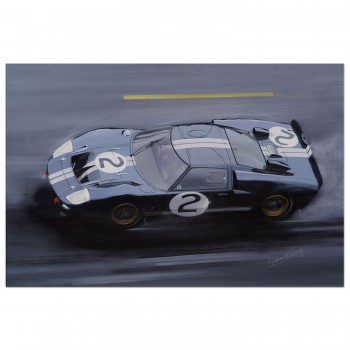 50 year old original rare collectors posters of the Monaco Grand Prix in 1966 won by Jackie Stewart, and British Grand Prix of the same year won by Jack Brabham feature great motorsport artwork. The Le Mans 24 hours poster for that year was the third ever Le Mans poster to use photographic imagery. It features Ferrari heavily as the marque had won the race 7 of the last 8 races (1958-1965). 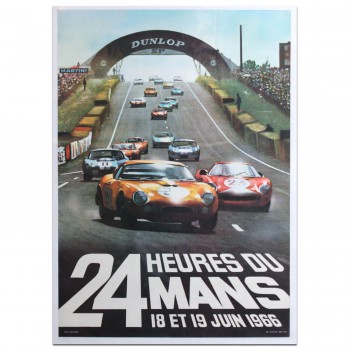 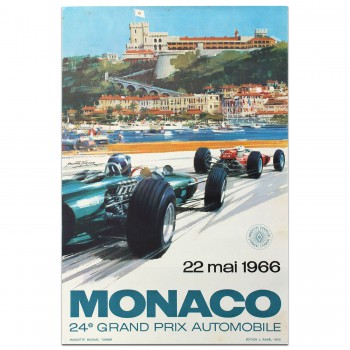 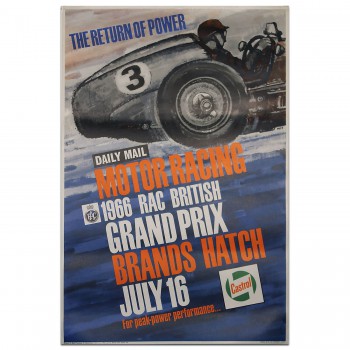