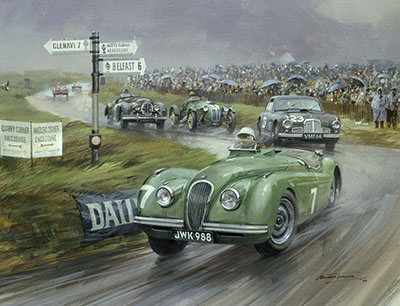 The Turners – Father and Son

Encouraged by his father, a talented amateur artist, Michael Turner started submitting his motor sport sketches to Motor magazine in the late 1940’s. After school, a year at art college and 2 years Army National Service Michael was employed at a commercial art studio in London in 1954 where for 3 years he specialised in car advertising and brochures. Whilst learning the trade he developed his motorsport paintings and in 1957 went freelance. 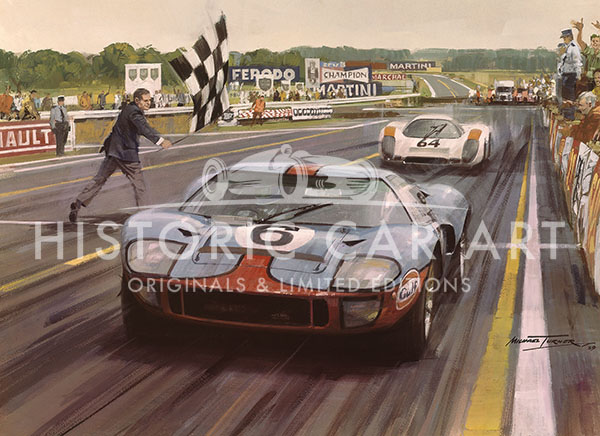 Like his biggest influences Frank Wootton and Terence Cuneo Michael has become famous for his automotive and aviation paintings. Such is the breadth and length of Michael’s career that it’s unlikely that any reader of this magazine will not be familiar with his work, indeed it’s quite possible that his artwork, in one form or another, will have been seen by more people than any other automotive artist. If we leave aside the many book covers, magazine illustrations and the aviation paintings, two of which Michael counts amongst works he is most proud – two canvasses done for the RAF Museum, one to celebrate the Queen’s Diamond Jubilee flypast over Windsor Castle and one, a composite work to mark the Royal Air Force Centenary. Let’s concentrate purely on automotive works. Michael was the go to artist in the 1960’s, 70’s and 80’s for motor sport event and Grand Prix posters. German, Spanish, Dutch and US Grand Prix and maybe most importantly 5 Monaco Grand Prix posters, the first in 1965, following in the footsteps of two of the all time greatest French illustrators Geo Ham and Michael Beligond. 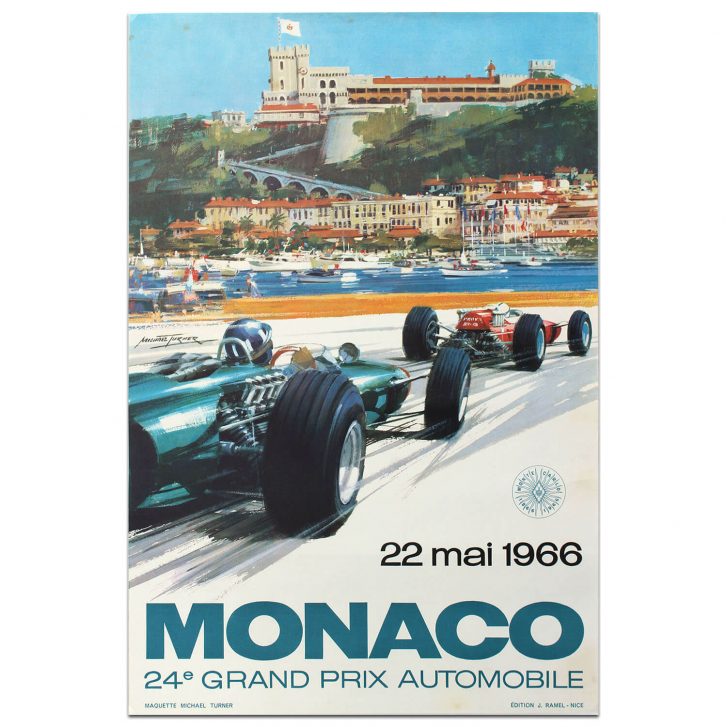 Like many artists from a professional advertising background Michael’s favoured medium is gouache on artboard although he does use quick drying oils or acrylics for larger works. When not creating artwork, for nearly thirty years Michael had the pleasure of owning and flying his own classic aircraft, an ex-RAF de Havilland Chipmunk, which provided him with an intimate understanding of flight. He still enjoys his own classic cars, one of which he has owned since 1955. 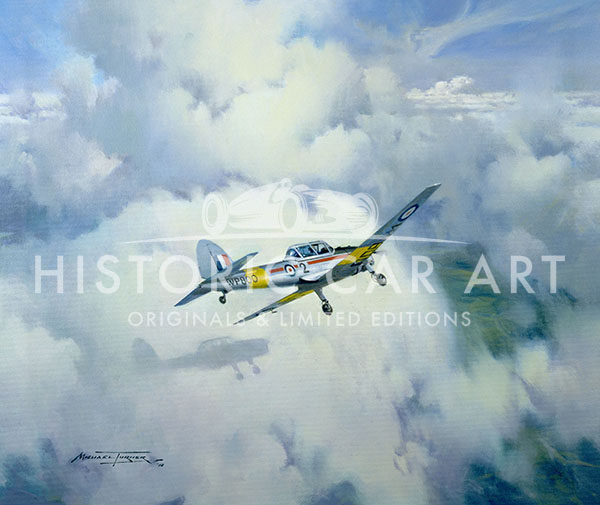 Me and My Shadow

Michael was inspired to be an artist by his father, and Michael’s son, Graham was similarly influenced. “I grew up in an atmosphere of art and motorsport, and vividly recall spending time in my father’s studio as a child watching him paint, and setting up a desk so I could do the same” says Graham. Although Graham didn’t see art as a potential career until he was 16, by the age of 20 he’d worked in a London design studio for two years and gone freelance. “I often wonder about how many people have artistic talent, but it remains either undiscovered or unused because they had no example to sow the idea that it can be okay to not necessarily follow the sensible advice to get a ‘proper’ job. Being a professional artist can be all-consuming, insecure, frustrating, demanding – but I wouldn’t change it for anything, and consider myself extremely fortunate to have had the opportunity to make my way in the world as an artist, and to have managed to do so for the past 36 years.” 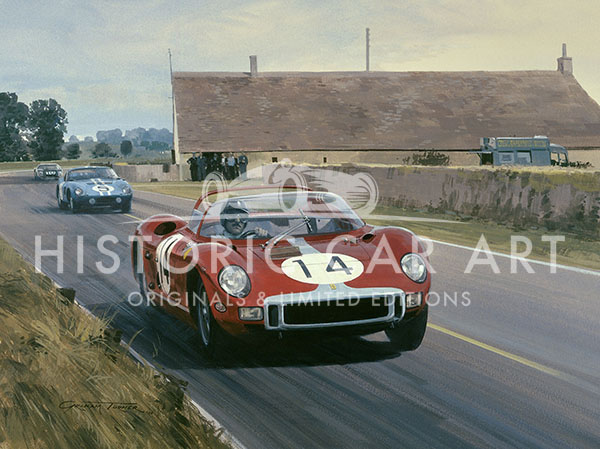 After nearly a decade focusing on motorsport alongside his father he realised that he needed to branch out if he was to create is own individual artistic identity, so he began painting medieval battle scenes. This is now what Graham is probably most well known for. To give himself a better understanding of the subject Graham took up jousting, on horseback, in full plate armour! He quickly rose to the top of the sport winning the prestigious Queen’s Golden Jubilee Trophy at the Royal Armouries in 2011. Graham is passionate about motor racing, and still receives commissions to paint the subjects that first inspired him. “Regrettably there are only so many hours each day and despite my best efforts I can’t paint everything I’d like to.” Says Graham. 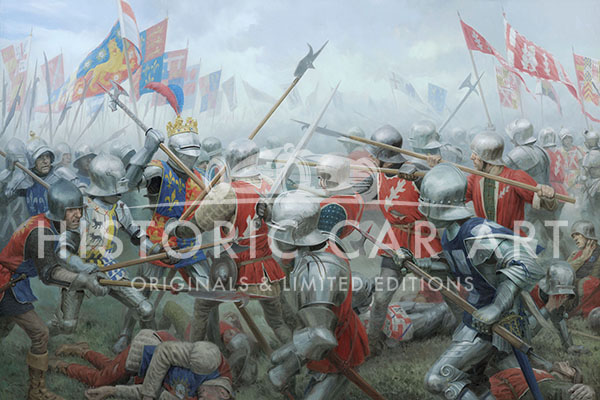 Paintings by the father and son duo are always in demand, and although small originals can be found for as little as £500, you should budget £2,000 upwards for a mid-sized work. Original posters with Michael Turner artwork range in price from around £100 for the more obscure races to £1000-2000 for a fine example from the Monaco Grand Prix. 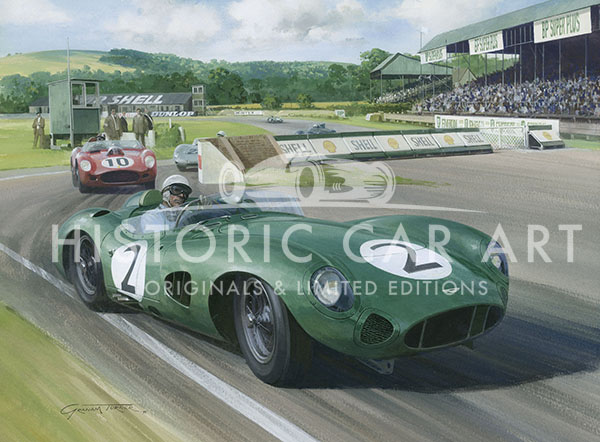 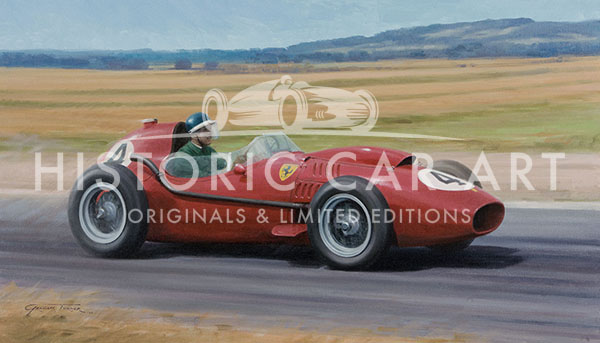 The Turners - Father and Son